Home » Blog » Israel’s Promise Of A Kingdom On Earth

Israel’s Promise Of A Kingdom On Earth 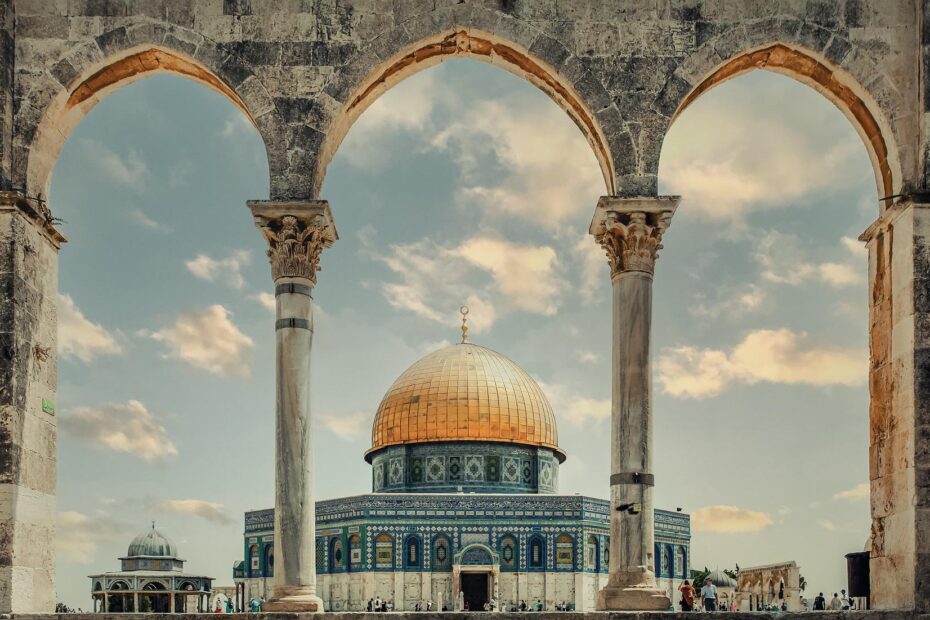 Israel’s Promise Of A Kingdom On Earth

The Israelites were promised a Land, a King, and a Kingdom by God. Their people were to become a kingdom of priests and be a holy nation for God, bringing salvation to the Gentile nations. In the Old Testament, it was expected that Israel would one day spread the Word of God to all nations. It was prophesied, however, that it would happen after the Messiah had arrived and established His kingdom in Jerusalem.

During the Acts period after of the 12 apostles and their ministry to Israel, all of Israel did not receive their message of Jesus Christ being the messiah, and has a result, they did not repent for murdering Christ nor were they baptised. As a result, the prophetic program concerning the Kingdom was also rejected and subsequently postponed; due to Israels fall, when they also murdered Stephen.

Following Noah and the flood, God chose one man from among all the nations of  the earth to serve as the foundation of a unique nation, a nation that would be a special and chosen people by and for God. A nation that would be above the other nations. Abram was the name of that man, whom God later renamed Abraham. God promised Abram that he would become the father of a great nation.

We can see from Genesis 12:1-3 that God always had all nations in mind. Nevertheless, God chose one man and that one man’s descendants (The Nation of Israel) to be the light and salt of the earth and reach all nations for God. In addition, God promised Abraham land. Specifically, “Canaan.”

God also established His covenant with Abraham’s son Isaac, then with Jacob, Isaac’s son, whom God would later renamed “Israel.” Therefore, the nation of Israel are the literal descendants of Jacob/Israel.

God called Moses to lead the people of Israel out of Egypt after they had been there as slaves for many years. He also gave them commandments to obey and keep that are generally referred to as “the law of Moses,” or simply put “the law.” They arrived in Canaan, the land that had been promised to their patriarch Abraham for a very long time, forty years later. God would eventually communicate with Israel through a number of prophets. Many of the prophecies spoke of the future King who would one day rule the world and the kingdom He would establish.

When you read Zechariah 2:10-11, It is worth noting that the many nations have not yet joined forces with the LORD; at the time he is writing this prophecy,  but they will when the LORD comes to dwell on earth in Jerusalem.

This King will also Redeem Israel, saving Israel from their sin.

But what role would Israel play in this future kingdom? Will they be just like the other nations? In Exodus 19:5-6 it is written, 5 Now therefore, if ye will obey my voice indeed, and keep my covenant, then ye shall be a peculiar treasure unto me above all people: for all the earth is mine: 6 And ye shall be unto me a kingdom of priests, and an holy nation. These are the words which thou shalt speak unto the children of Israel.

Therefore, in the Kingdom Israel will not be like unto the other nations. In Fact, they will be a holy nation, above all others. Holy means set apart for God’s exclusive use. Israel was to be set apart for God’s purposes as priests or “middlemen” for the Gentile nations.

Jesus will return to earth and establish his kingdom in Zion aka Jerusalem. Until this happens other nations will never revere the nation of Israel nor Jerusalem. Once the kingdom is established Israel will be a blessing to the other nations.

It is clear from these and other passages that the Jewish ministry would eventually extend to the Gentiles. However, it would be vastly different from the ministry currently seen in the church. Today, our church (the body of Christ) has no geographical headquarters (Jerusalem), and we know that Jesus Christ has not yet returned. The church is mostly made up of Gentiles, who are on equal footing with the little flock or Jewish believers.

However, the kingdom prophesied by the holy prophets in the passages above will be centered in Jerusalem, with all Jews serving as holy priests leading and the Gentiles (that missed out on the Dispensation of the Grace of God) to Jesus Christ, who will have already returned to Jerusalem and established His kingdom.

Lastly, look at what these two scriptures prophecy concerning Israel and their Millennial Reign with Christ.

Isaiah 2:2 And it shall come to pass in the last days, that the mountain of the LORD’S house shall be established in the top of the mountains, and shall be exalted above the hills; and all nations shall flow unto it.

In conclusion, the Jews (as a result of prophecy) were waiting for their Messiah to come and set up His promised Kingdom for them. Which is why the apostles asked Christ if He was going to restore the kingdom to Israel; in Acts 1:6. At which time Israel will evangelize the entire world with the gospel of the kingdom as priest to all nations. What none of the apostles nor the nation of Israel knew was that the nation as a whole would reject (not accept) their Messiah and King.

In which case God postponed the fulfillment of their prophecies and went to the Gentiles with a different message and program. Which deals with the Mystery of the “body of the body of Christ” that God revealed to the apostle Paul. When this dispensation of the grace of God ends, when the fullness of the Gentiles come into the body of Christ; at the rapture of the church; God will resume his program with the nation of Israel and fulfill the remaining unfulfilled prophecies spoken by the prophets in times past, just as they were written. Amen.