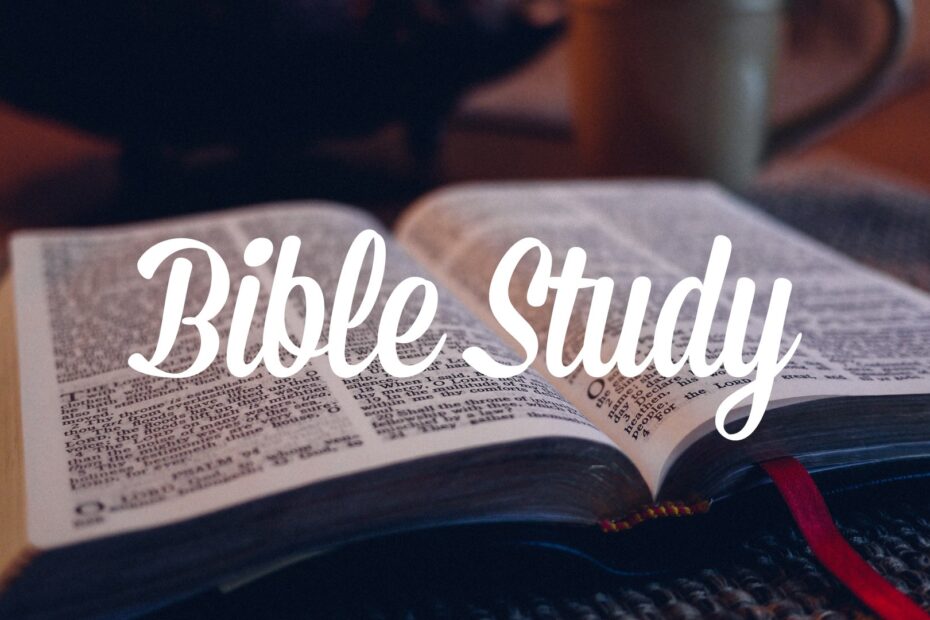 Peter vs Paul | Similarities and Differences

I would like to start this blog post off by highlighting something my sister in Christ Tenisha shared with me that she noticed during her personal time of study.

She asked me if I ever noticed or looked at these verses side by side:

I was so excited to see these versus side by side that I almost hung up on her. Lol… Hence, I had never taken these verses into consideration.

In which case, this ties in beautifully from where I left off from my previous article: The Mystery Explained | Part Two

Clearly the gospel of the Kingdom is not the same gospel Paul preached because it had nothing to do with the death, burial, and resurrection of Christ, but everything to do with faith in Christ as King and Messiah of Israel.

So how in the world do we reconcile those verses. Look at the contradiction.

Mat 24:14 is basically saying that when the gospel of the kingdom is preached to all nations the end will come. In Col 1:23 Paul clearly said, the gospel was preached to every creature under heaven and yet, the end hasn’t come. How is this possible? Only people who truly understand right division by God’s grace know how to make sense of these contradictions. Here is the short answer. Paul wasn’t preaching the kingdom message Jesus told the twelve to preach. In addition, the salvation of God has gone away from Israel to the Gentiles directly through the gospel message Paul preached. Hence, the end has not come because Paul’s gospel isn’t what ushers in the second coming of Christ.

Have you ever asked yourself? What happened to Peter?

Peter presented Christ as the Messiah and King of the Jews.

Paul presented Christ as the Head of the Church, the body of Christ.

Keep in mind, Peter and Paul both taught that Jesus Christ was the Son of God, they also agreed that Jesus was crucified, and that on the third day, he rose from the dead.

Therefore, it is expected that someone might ask, “What’s the difference between their gospels?” Afterall, they taught:

Nevertheless, Galatians 2:7, clearly demonstrates that there are two gospels.

How in the world is this possible? How can God have different plans and purposes for different people?

Look at what Jesus told Peter concerning John as one example.

John 21:18-22 – 18 Verily, verily, I say unto thee, When thou wast young, thou girdedst thyself, and walkedst whither thou wouldest: but when thou shalt be old, thou shalt stretch forth thy hands, and another shall gird thee, and carry thee whither thou wouldest not. 19 This spake he, signifying by what death he should glorify God. And when he had spoken this, he saith unto him, Follow me. 20 Then Peter, turning about, seeth the disciple whom Jesus loved following; which also leaned on his breast at supper, and said, Lord, which is he that betrayeth thee? 21 Peter seeing him saith to Jesus, Lord, and what shall this man do? 22 Jesus saith unto him, If I will that he tarry till I come, what is that to thee? follow thou me.

Do you see how Jesus told Peter concerning His plans for John, “If I will that he tarry till I come, what is that to thee? follow thou me.” Jesus had one plan for Peter and another for John.

In a similar way, God has a purpose for the twelve apostles that is separate and different from that of Paul’s apostleship.

Here are some more distinctions between their apostleship vs Paul’s:

Consider what James said, “James, a servant of God and of the Lord Jesus Christ, to the twelve tribes which are scattered abroad, greeting.” James 1:1

Who is James Audience? The scattered Jews. He literally says… “to the twelve tribes”

In Romans 11:13 Paul declares that he is the apostle of the gentiles. This is why his epistles are addressed to the gentiles unlike James’ epistle to the twelve tribes.

Have you ever wondered why James said, “Yea, a man may say, Thou hast faith, and I have works: shew me thy faith without thy works, and I will shew thee my faith by my works.” James 2:18

James said what he means and means what he said. Period. Now contrast that with what Paul said in Ephesians 2:8-9, “8 For by grace are ye saved through faith; and that not of yourselves: it is the gift of God: 9 Not of works, lest any man should boast.”

This is why 2 Timothy 2:15 is crucial. If you do not understand the dispensation of the grace of God, the difference between prophecy and mystery, Paul and the twelve, you will find yourself living according to doctrine that isn’t for you.

What James said is true. What Paul said is also true. James wasn’t talking to Paul’s audience, neither was Paul talking to James’ audience. Hence there is no conflict.

The best example I know of to explain God giving different instructions to different people regarding the same thing deals with dietary restrictions.

God and Adam: Genesis 1:29 – And God said, Behold, I have given you every herb bearing seed, which is upon the face of all the earth, and every tree, in the which is the fruit of a tree yielding seed; to you it shall be for meat.

God and Noah: Genesis 9:3 – Every moving thing that liveth shall be meat for you; even as the green herb have I given you all things.

Now how do we know for a fact that Peter adhered to the Law of Beast, after the resurrection and ascension of Christ?

Acts 10:9-14 – 9 Peter went up upon the housetop to pray about the sixth hour: 10 And he became very hungry, and would have eaten: but while they made ready, he fell into a trance, 11 And saw heaven opened, and a certain vessel descending unto him, as it had been a great sheet knit at the four corners, and let down to the earth: 12 Wherein were all manner of fourfooted beasts of the earth, and wild beasts, and creeping things, and fowls of the air. 13 And there came a voice to him, Rise, Peter; kill, and eat. 14 But Peter said, Not so, Lord; for I have never eaten any thing that is common or unclean.

Obviously if you’re familiar with this passage you know the meats were representative of people and not actual food. Nevertheless, Peter did not understand the meaning of the vision and said what he said. Why, because in his mind, the vision pertain to him killing and eating unclean meats.

Now look at God and Paul: 1 Tim 4:1-5 – 1 Now the Spirit speaketh expressly, that in the latter times some shall depart from the faith, giving heed to seducing spirits, and doctrines of devils; 2 Speaking lies in hypocrisy; having their conscience seared with a hot iron; 3 Forbidding to marry, and commanding to abstain from meats, which God hath created to be received with thanksgiving of them which believe and know the truth. 4 For every creature of God is good, and nothing to be refused, if it be received with thanksgiving: 5 For it is sanctified by the word of God and prayer.

Now, suppose you were a waiter at a restaurant filled with Christians. You approach the table to take their orders. Travis says, “What are your plant based options?”. Samantha replies to Travis and says, “You should really try the shrimp tacos Travis, they’re delicious. Brain says, “Samantha you know we can’t eat shrimp, it’s unclean, haven’t you read Leviticus 11?” Travis says, “Well God told Adam his meat was the herb bearing seed, which is upon the face of all the earth, and every tree, in the which is the fruit of a tree yielding seed; to you it shall be for meat.” To which Samantha said, “both of you guys are wrong, God told Noah he could eat every moving thing that liveth shall be meat for you; even as the green herb have I given you all things.” Much to their surprise Jim speaks up and says, you guys, all of you are right. Nevertheless, we’re not living with Adam, nor are we living with Noah prior to God calling Abraham and eventually making the nation of Israel as a result. Furthermore, None of us are literal descendants of either of the 12 tribes in which case the law of beast doesn’t apply to us. We’re living in the dispensation of the grace of God. And in this current dispensation every creature of God is good, and nothing to be refused.

If you were the waiter, you would be beyond confused.

Nevertheless, Jim was right. Understanding what God is doing in your generation is the key right division and understanding your Bible.

Question: How can God deal with people apart from Circumcision, works of the law and so forth?

Pay close attention to the CLEAR distinction within these verses.

Did you catch it? Do you understand? Wel in case you missed it… Let me explain.

This is how God can legitimately deal with us 100% by grace apart from works of the law. Because of Israel’s fall, God can establish new terms and conditions with Gentiles that have nothing to do with Israel’s program. Why is God doing this? Look at Romans 11:11 in its full context:

“I say then, Have they stumbled that they should fall? God forbid: but rather through their fall salvation is come unto the Gentiles, for to provoke them to jealousy.”

TO PROVOKE THEM TO JEALOUSY!

So why don’t we have to tithe? Because tithing is under the law and was established for Israel as a nation regarding the levitical priesthood in which case Gentiles in the OT apart from Israel never paid tithes. Why, because God didn’t require it of them? How do we know this?

It is written, “That at that time ye were without Christ, being aliens from the commonwealth of Israel, and strangers from the covenants of promise, having no hope, and without God in the world:” Ephesians 2:12. Now look at what is said in the very next verse. “But now in Christ Jesus ye who sometimes were far off are made nigh by the blood of Christ.”

Question: Were we brought nigh by the nation of Israel? No! By the blood of Jesus Christ.

Did you know that the following things pertain to Israel and not you?

This is why we have to ask these questions whenever we study God’s Word:

When you do this you come to the conclusion (considering you take the bible literally) that there are two groups of people through whom God will accomplish His purpose:

Lastly, Peter taught that sins would be blotted out at the second coming of Christ. Acts 3:19

Paul taught that we have a present possession of the atonement. Romans 5:11

God chose Abraham from all of humanity and established the nation of Israel as a kingdom of priests to eventually evangelize all of humanity when their Messiah establishes His kingdom. When their Messiah, Jesus Christ, appeared, He told the twelve apostles unequivocally that He would be crucified and resurrected. But God kept this from them, and they were unable to comprehend it.

God appointed Paul to be the apostle to the Gentiles after they rejected the ascended Lord in the early chapters of Acts. Until that point, God had only dealt with Israel. Jesus Christ revealed to Paul the dispensation of God’s grace, which had always been a secret hidden in God. Despite the fact that Peter and Paul preached different gospels, there is no conflict between them because they preached to two different audiences. As a result, they were both correct. Peter preached kingdom doctrine to the Jews in Israel, but Paul preached grace doctrine to the Gentiles and Jews scattered throughout the world.